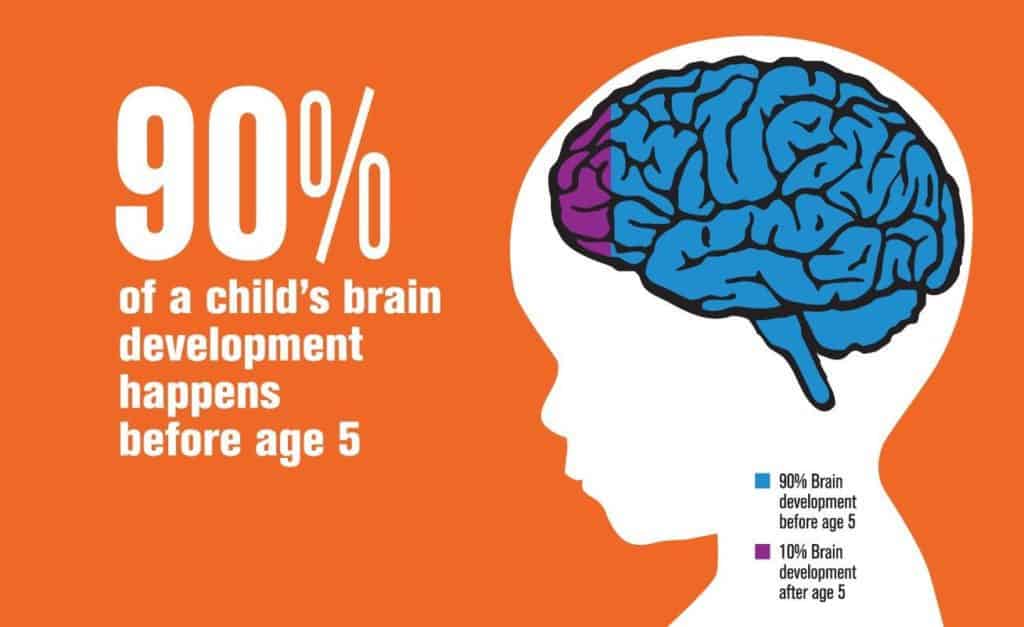 The human brain is the most complex thing on Earth. From birth to age five, we see a rapid rate of brain development – 90% of a child’s brain is developed before they even walk into a classroom.It’s hard to overstate the significance of these early years, and research at Harvard University on brain development shines a light on this very importance, with numbers almost too incredible to believe.

In the first few years of life, more than one million new neural connections are formed every second. The process is driven by the interaction of genes and the child’s experiences, and it’s these early connections which build the brain architecture upon which all future learning depends.

The experiences provided to babies and young children all have an impact on how many neural connections are retained, and which ones are strongly developed, as they grow older.

All experiences – positive and negative, stimulation and neglect – play a significant role in the future of every child.

These amazing facts and figures are just the tip of the iceberg. There’s a whole world of research out there, and it all points to the one thing: the first five years of a child’s life matter, a lot.

The value of early learning

The videos below were developed to support awareness of the importance of early learning for every child, and to address the guilt that many Australian families feel when leaving their child in someone else’s care.

They are part of a commitment to improve Australia’s understanding of early learning as an investment, not a cost, and provide startling facts on the importance of nurturing and developing a child’s brain in the first five years of life.

The videos were produced using expert advice, evidence-based research, the practical experience and knowledge of Australian educators and revolutionary neurological science of Harvard University’s Centre on the Developing Child.

All children deserve the best start in life.